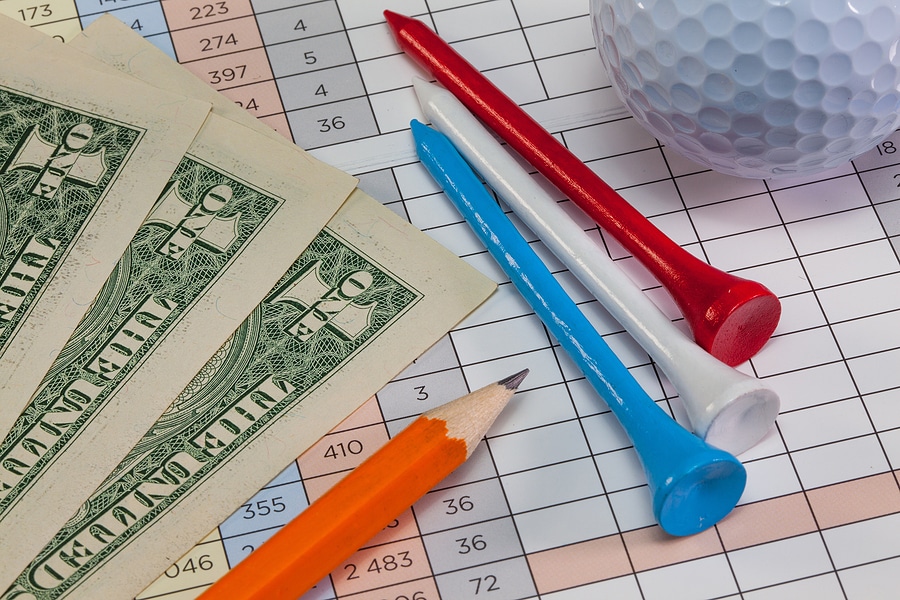 They include out-of-section or out-of-state rounds. They include match play rounds. (If you’re conceded a putt and it’s improbable you would have made it, add a stroke. They include rounds played with spouses, children and small animals tagging along. They include rainy rounds and sunny ones. You can wear a swimsuit and slippers and it still counts. As long as you’re playing the Rules of Golf, i.e., not playing 2 balls.

I recently played 6 rounds in Ireland on courses with no course or slope ratings. Do I turn them in? Absolutely, says USGA Director of Handicapping Steve Edmondson. My handicap chairman will determine an approximate course rating based strictly on yardage.

Jaws considers this hogwash. He’s a 12 under a system that allows the discarding of scores shot out-of-state, out-of-section or when playing with his wife. He also doesn’t count incomplete rounds or rounds played on courses where he forgot to get the course rating.

So, my 6 and his 12 are like apples and oranges. I should have my head examined for even thinking about giving him 6 shots.

This is not sour grapes from a guy who can’t play to his handicap. I play to it frequently or I wouldn’t have it. Nor is it an attack on sandbaggers-though it amuses me that fel-lows who regularly rail against the welfare system should rely on what amounts to a handicap system when they play golf. Still, all’s fair if it’s the same handicap system we’e using.

But we’re not. Handicaps were meant to al-low players of different levels to compete on an equal basis. If those handicaps are based on different systems of collecting scores, then that’s not possible.

Thanks to Jaws. I have a new policy toward 1st tee negotiations. If your handicap and mine are close to the same, within a couple of strokes, I’ll suggest we play even. If they’re not, I ask this question: “How many of your last 20 rounds did you record?” If the answer is 20, I’ll ask for or give the difference in our handicaps. If the answer is other than 20, I’ll be happy to play even-or for fun. And, I’ll buy you a drink with all the money Jaws has saved me.